Worden was named for Sen. Joseph Dixon's wife, whose maiden name was Worden, and possibly for her father as well, who was a prominent Montanan. The land surrounding Woden has been richly productive ever since the Huntley Irrigation Project brought water to it. (from Cheney's Names on the Face of Montana, Mountain Press Publishing Company) Just east of Worden is Pompeys Pillar, a rock outcropping that rises 200 feet above the Yellowstone River. Pompeys Pillar is like a sandstone history book that reads like a who's who of western frontier history. Look on the rockface for the remains of animal drawings created by people who used the area for rendezvous, campsites, and hunting. In 1806 Captain William Clark carved his signature and the date in this rock. It is the only site on the trail where visible evidence of the Lewis and Clark Expedition may be viewed by the public.

Place To Go In WORDEN 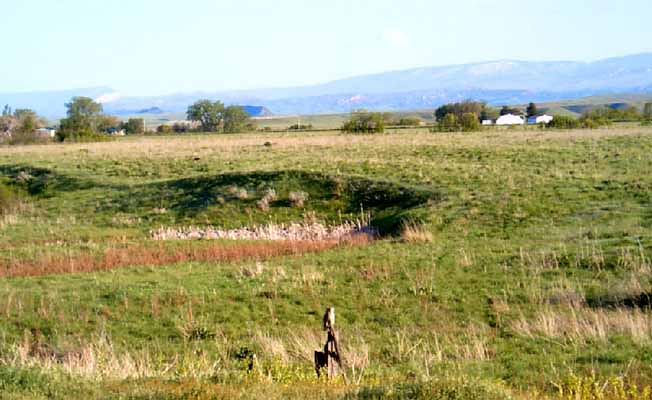