Birney is about twenty-five miles south of Ashland on the Tongue River at the mouth of Hanging Woman Creek. Ralph Shane in his "Early History of the Northern Cheyennes" notes in an illustrated map that Birney was the scene of a battle on January 7, 1877: "Two Moon's band of the Cheyennes and Crazy Horse's band of Ogalalla Sioux spent the summer of 1876 in the valleys of the Rosebud and Tongue Rivers. Late in the summer they moved to the mouth of Otter Creek near the present townsite of Ashland. Here they were attacked by General Miles in January 1877 and they moved on up the Tongue River to the mouth of Hanging Woman Creek (near the present side of Birney) where General Miles and his men attacked again on January 7, 1877. Four women, three children, and one young warrior were captured. On January 8, a fierce battle was fought here as the Indians tried to recover the captives." This was the Battle of Wolf Mountain. You can visit Wolf Mountain Battlefield four miles southwest of Birney. The soldiers returned to Fort Keogh and the Indians moved to winter camp on the Big Horn River at the mouth of Rotten Grass Creek, near the present town of St. Xavier. (from Cheney's Names on the Face of Montana, Mountain Press Publishing Company)

Place To Go In BIRNEY 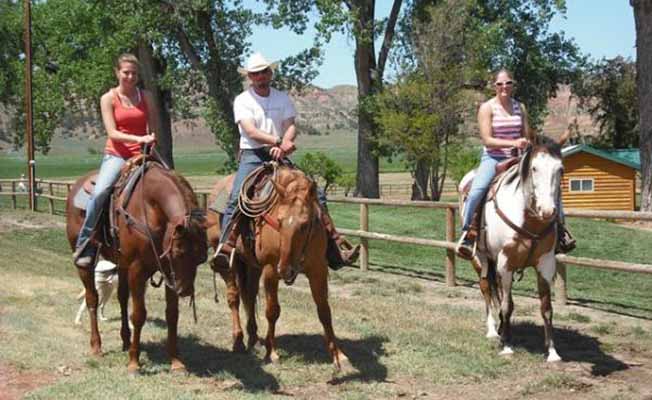